Polish deConstruction (PdC) was a voluntary, non-profit organisation that acted as a platform for the creative Polish community in the UK from 2007 to 2009. The aim of the organisation was to create a positive image of Poles in the UK, at a time when most of the (negative) associations related to Polish construction workers. The organisation continued with a new team as Deconstruction Project from 2010 to 2013.

During my involvement in Polish deConstruction, from March 2008 to December 2009, the organisation grew substantially and made a significant impact on London’s cultural scene. In my role as co-director, I closely collaborated with Agata Smuzniak and Marzena Zoladz (founders of PdC), a creative and enthusiastic team, and a group of thirteen amazing volunteers. We managed a network of around 30 creative practitioners, 50 artists and 1626 newsletter subscribers. In two years, we realised 17 events and a further 6 in partnership with major Polish institutions including the Polish embassy and the Polish Cultural Institute. Our diversity of cultural events included exhibitions, artist talks, an art auction, a creative camp, an art speed 'dating' event and several networking meetings. The success of these events was reflected in the ongoing media coverage resulting in many articles (see below), and attracted an international crowd, thereby challenging preconceptions of the Polish community.

The archive demonstrates what Polish deConstruction achieved from 2007 to 2009, by showing articles written by the media, a list of all events and screenshots from the website www.polishdeconstruction.org.

For quick navigation, please use the additional links on the right.

An interesting and informative article about Polish deConstruction changing into Deconstruction Project:

'Beyond Polish community in London: about homeless photography and artistic deconstruction'.

Please click on the following images to read more articles about Polish deConstruction: 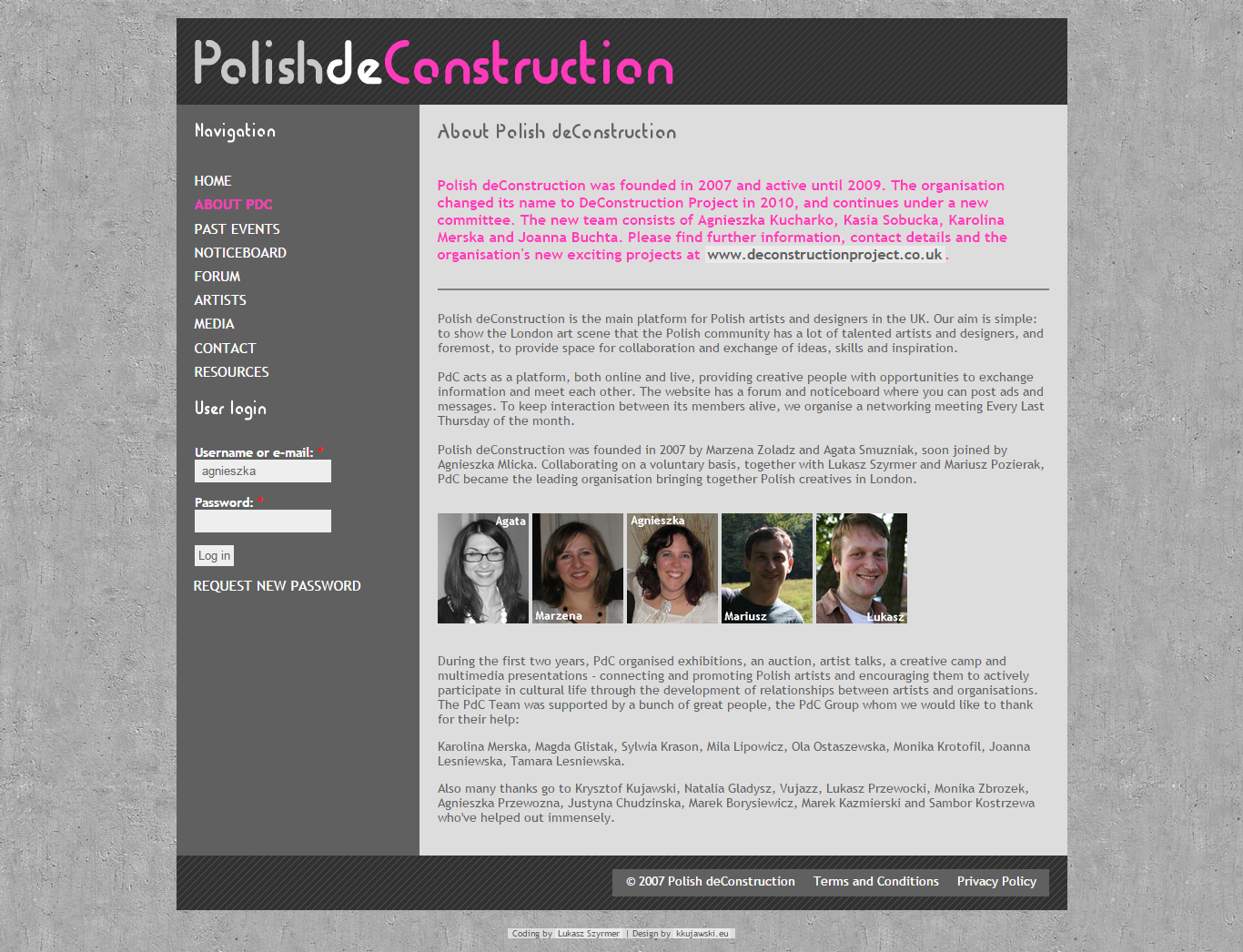 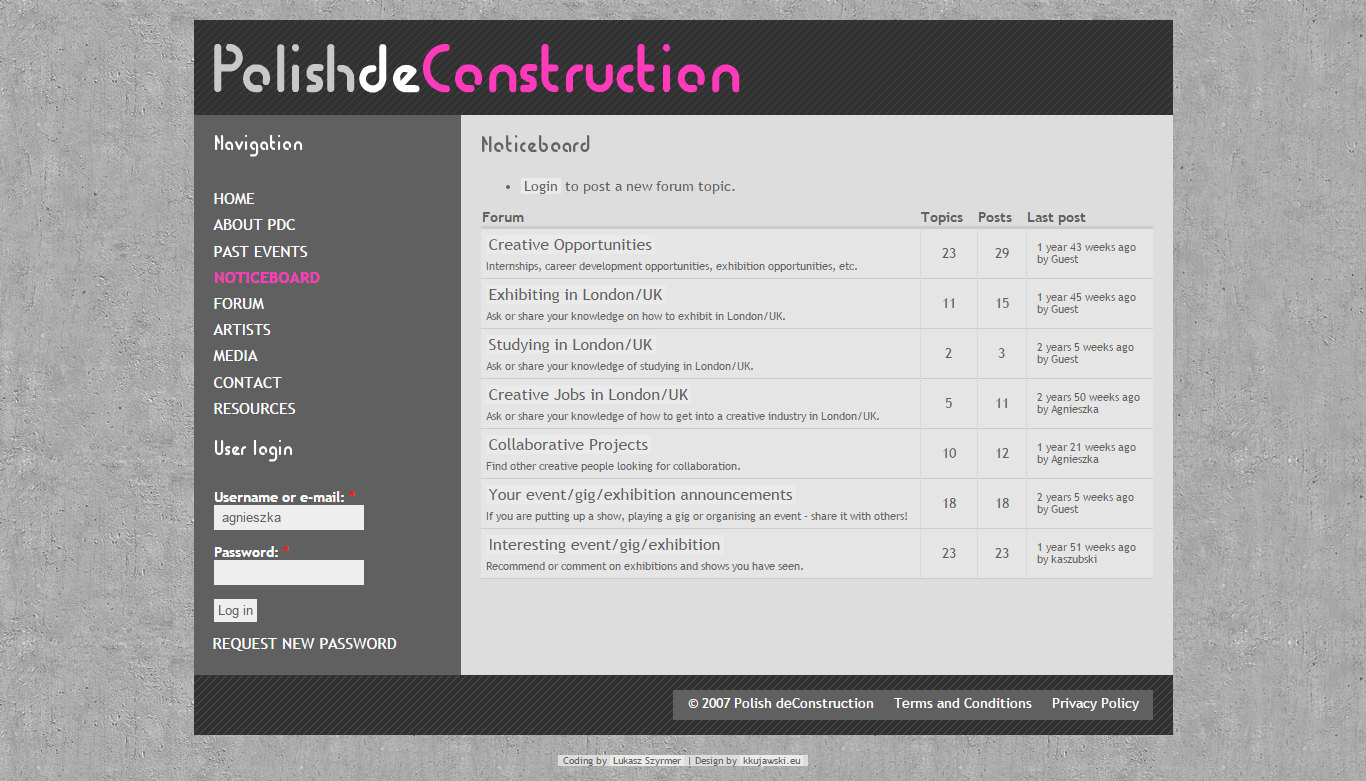 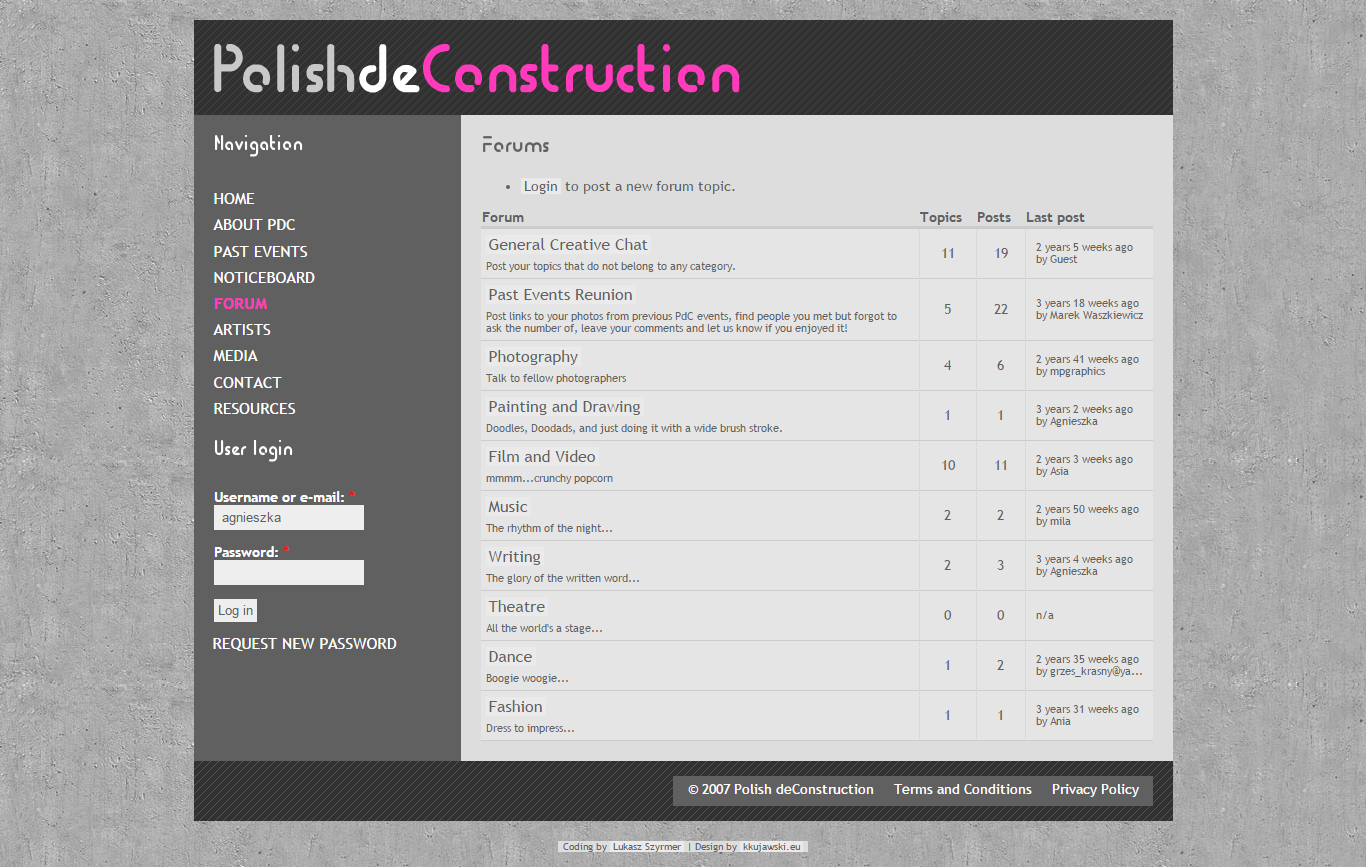 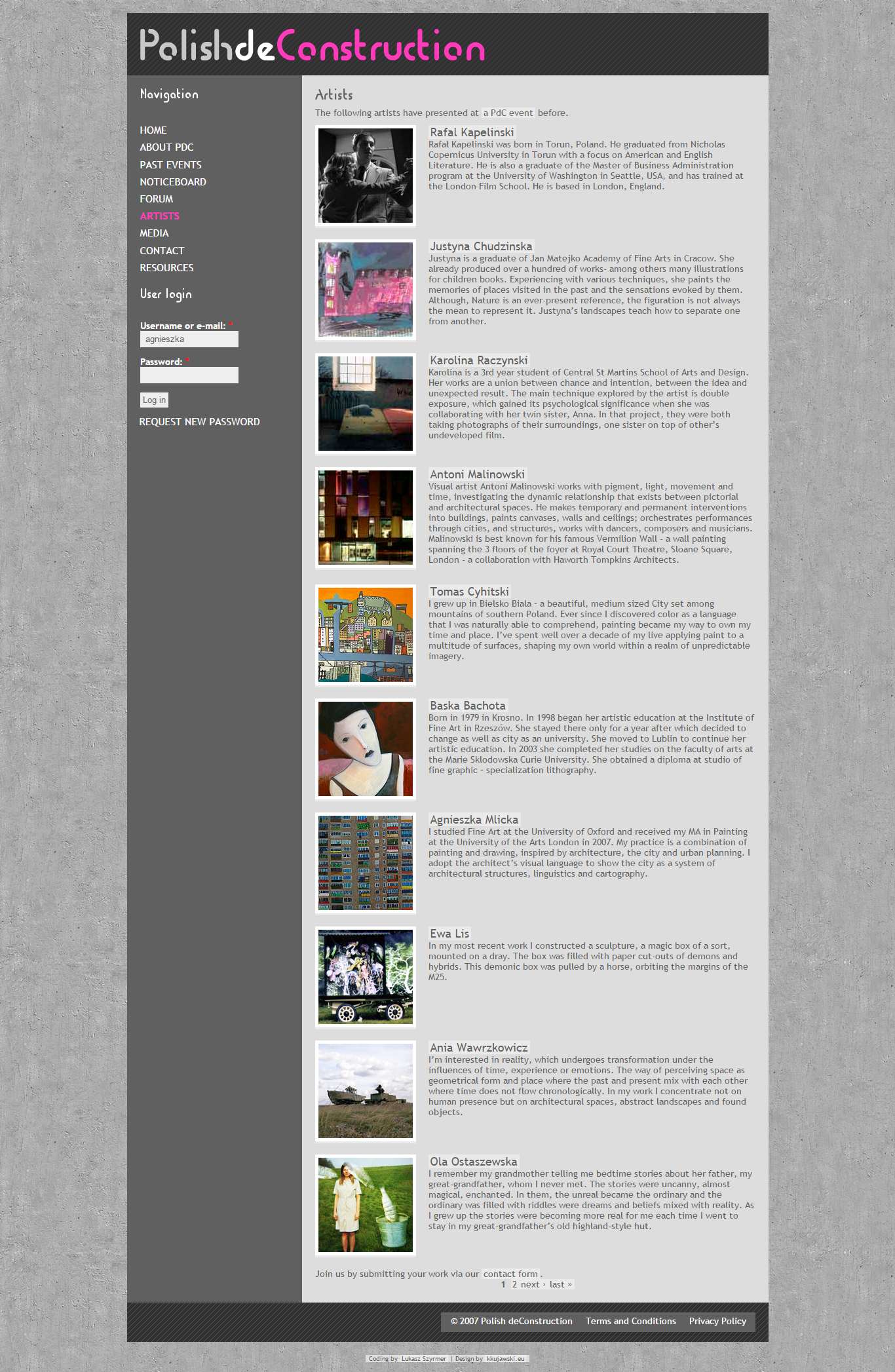 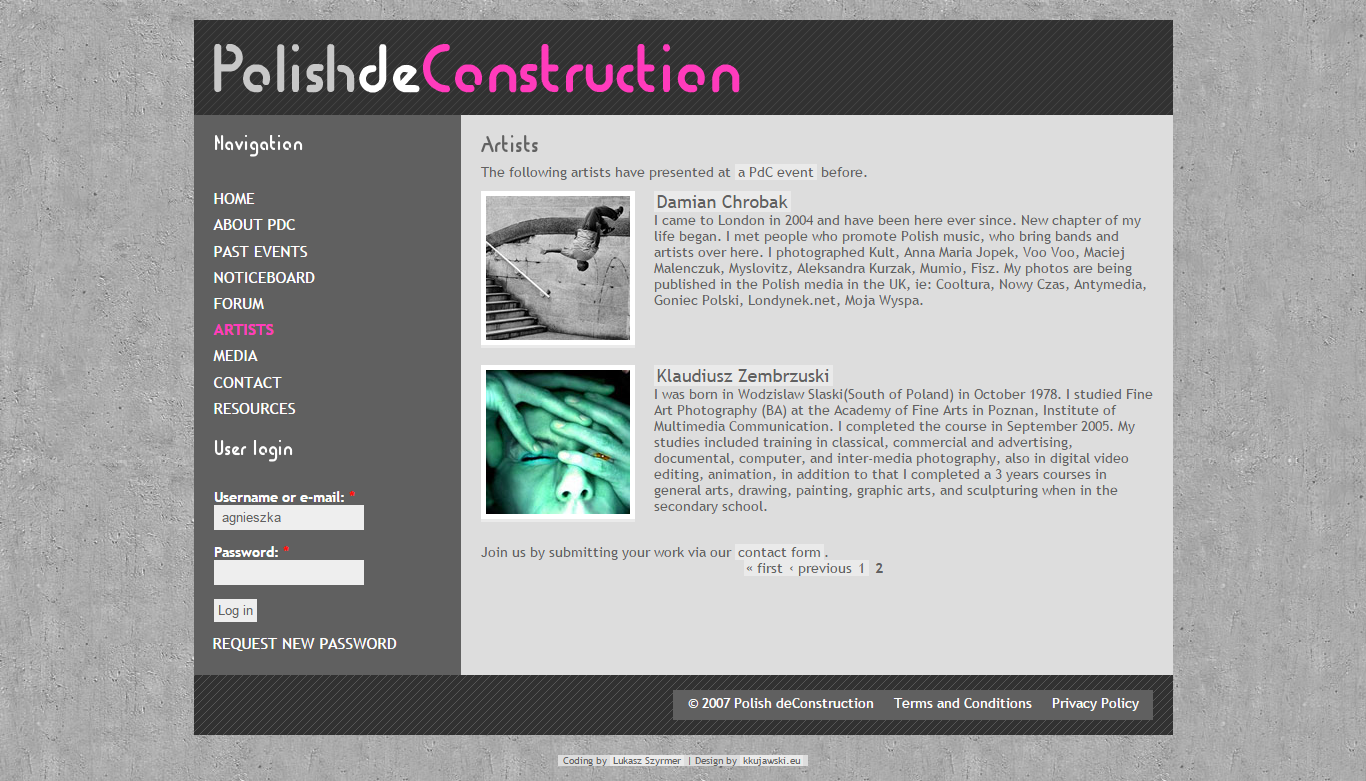 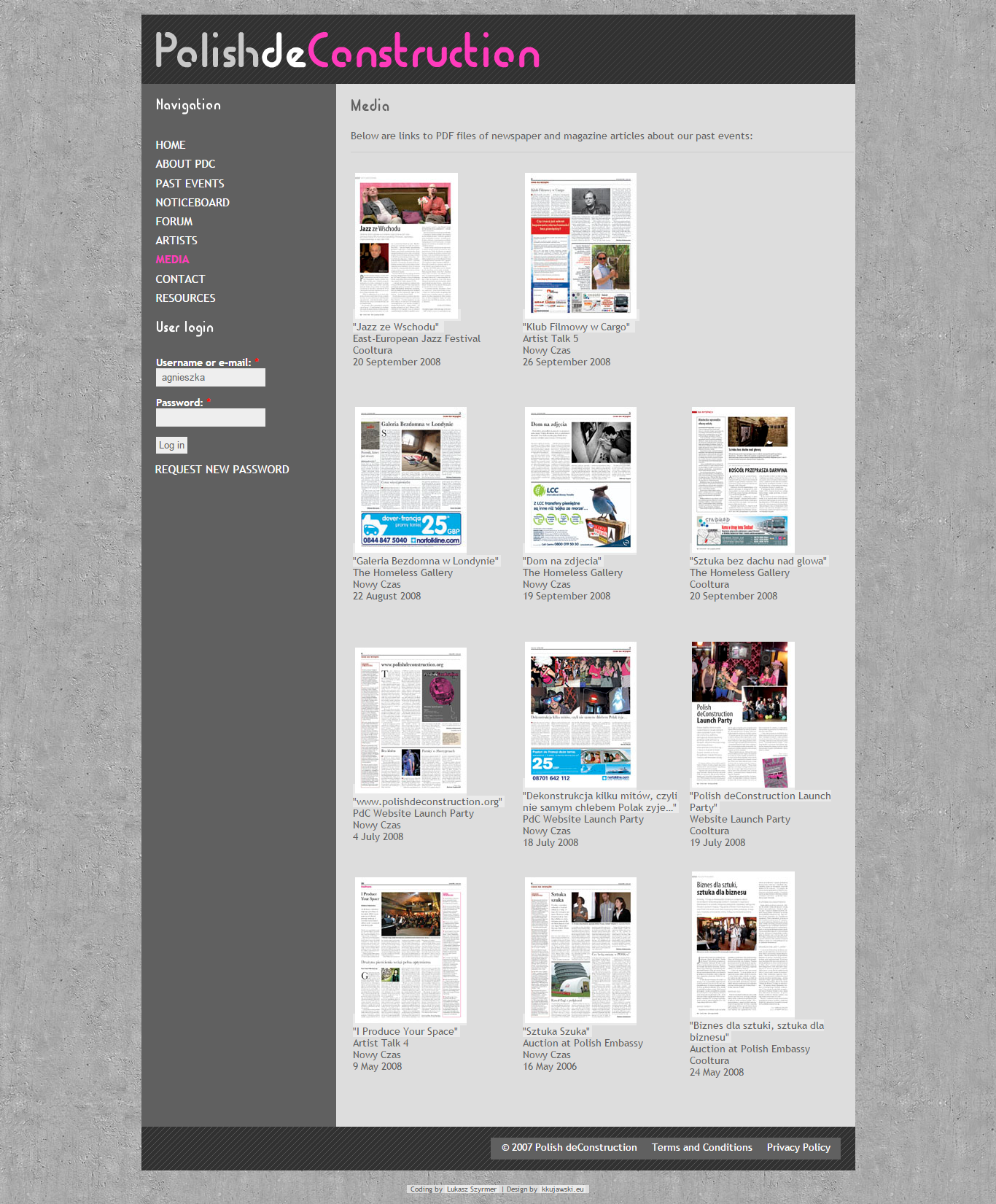 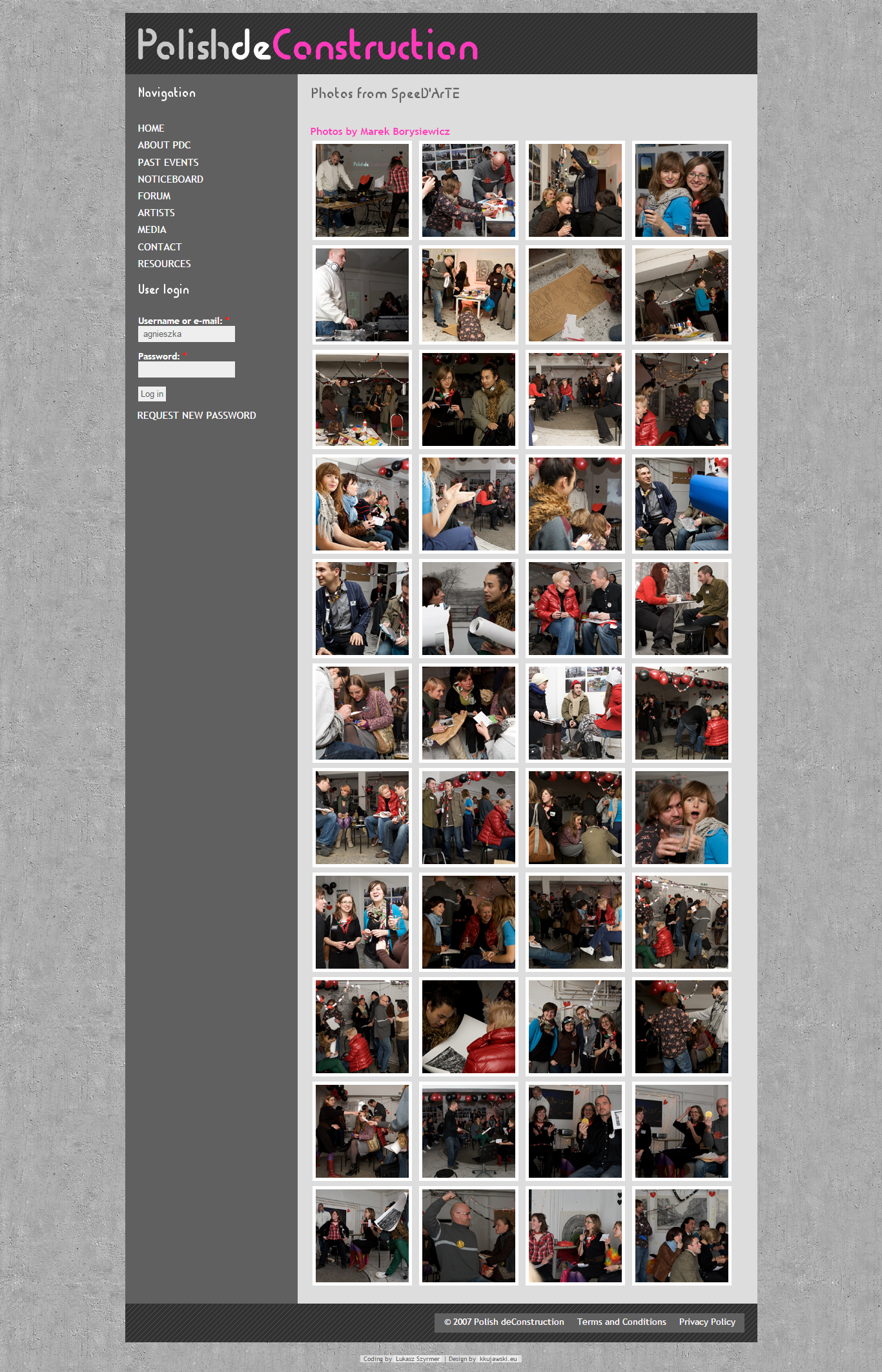 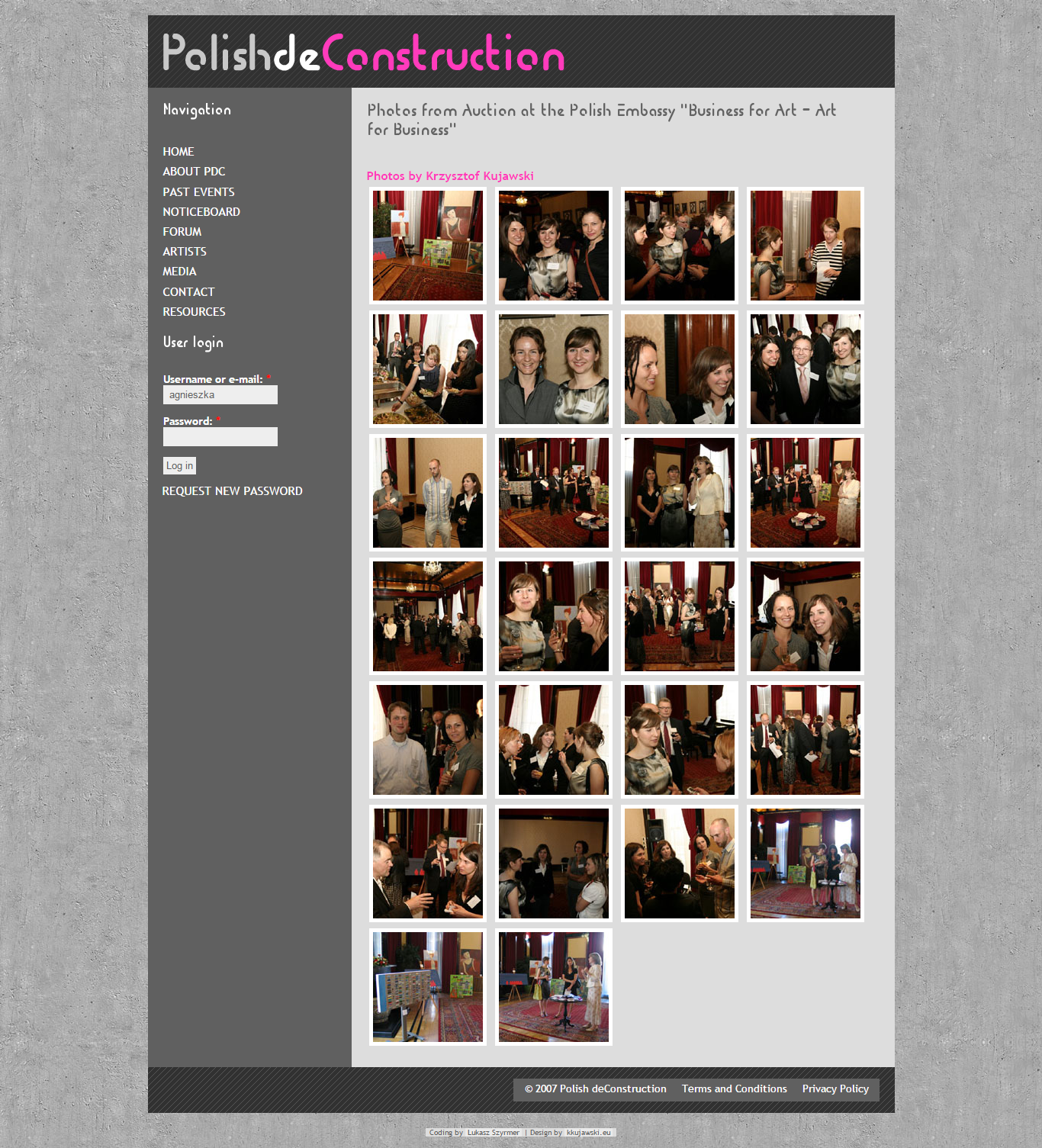 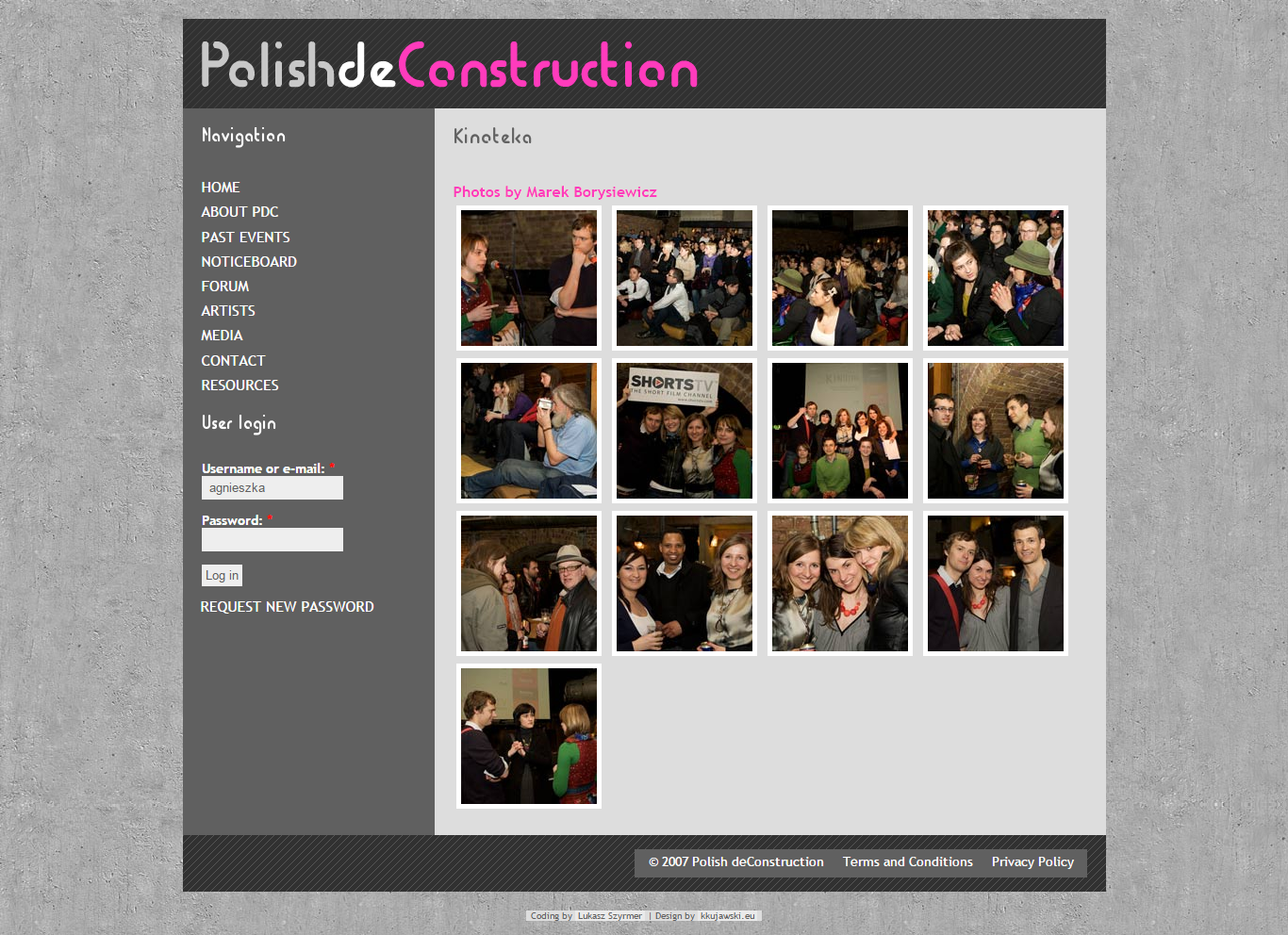 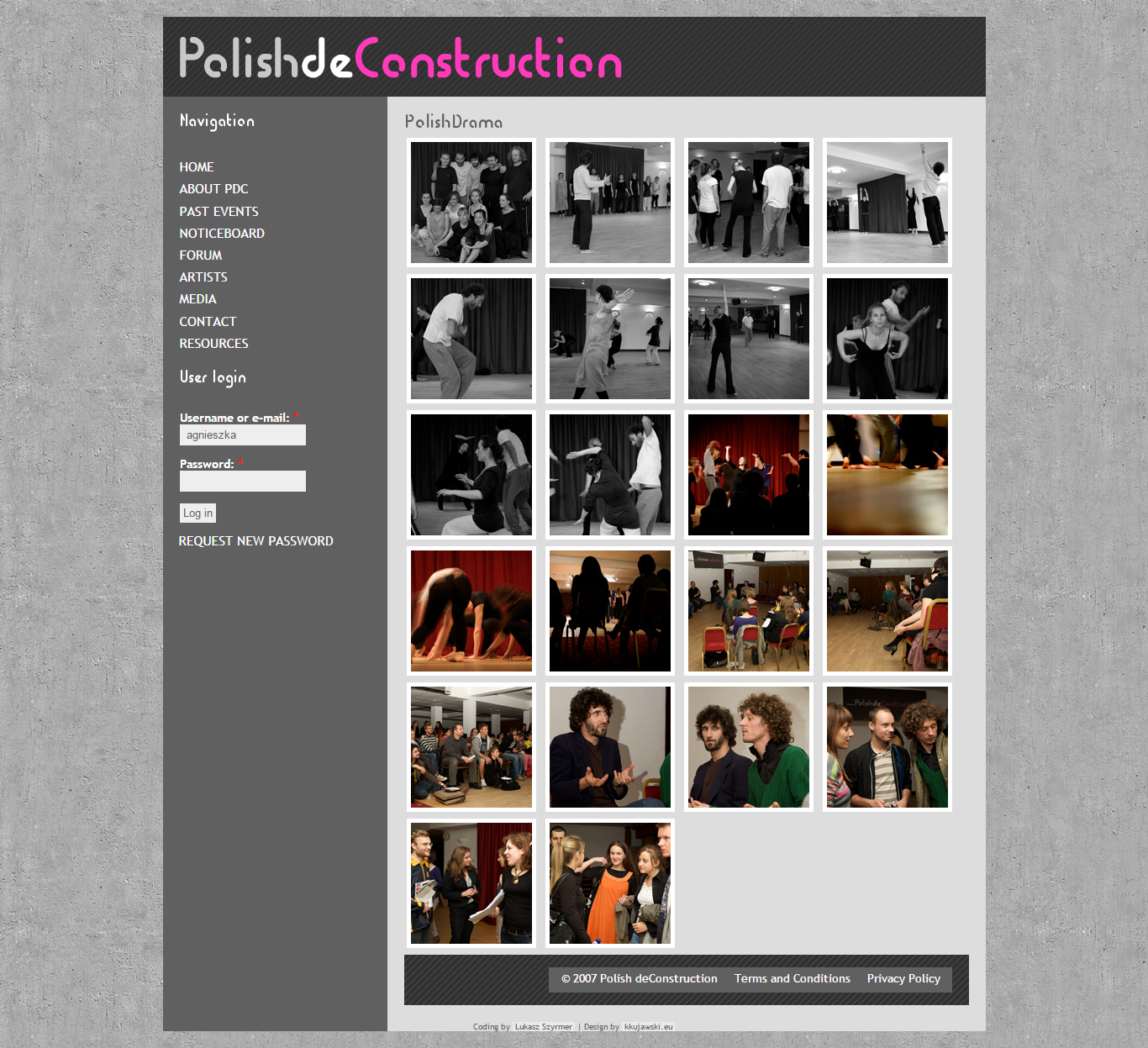 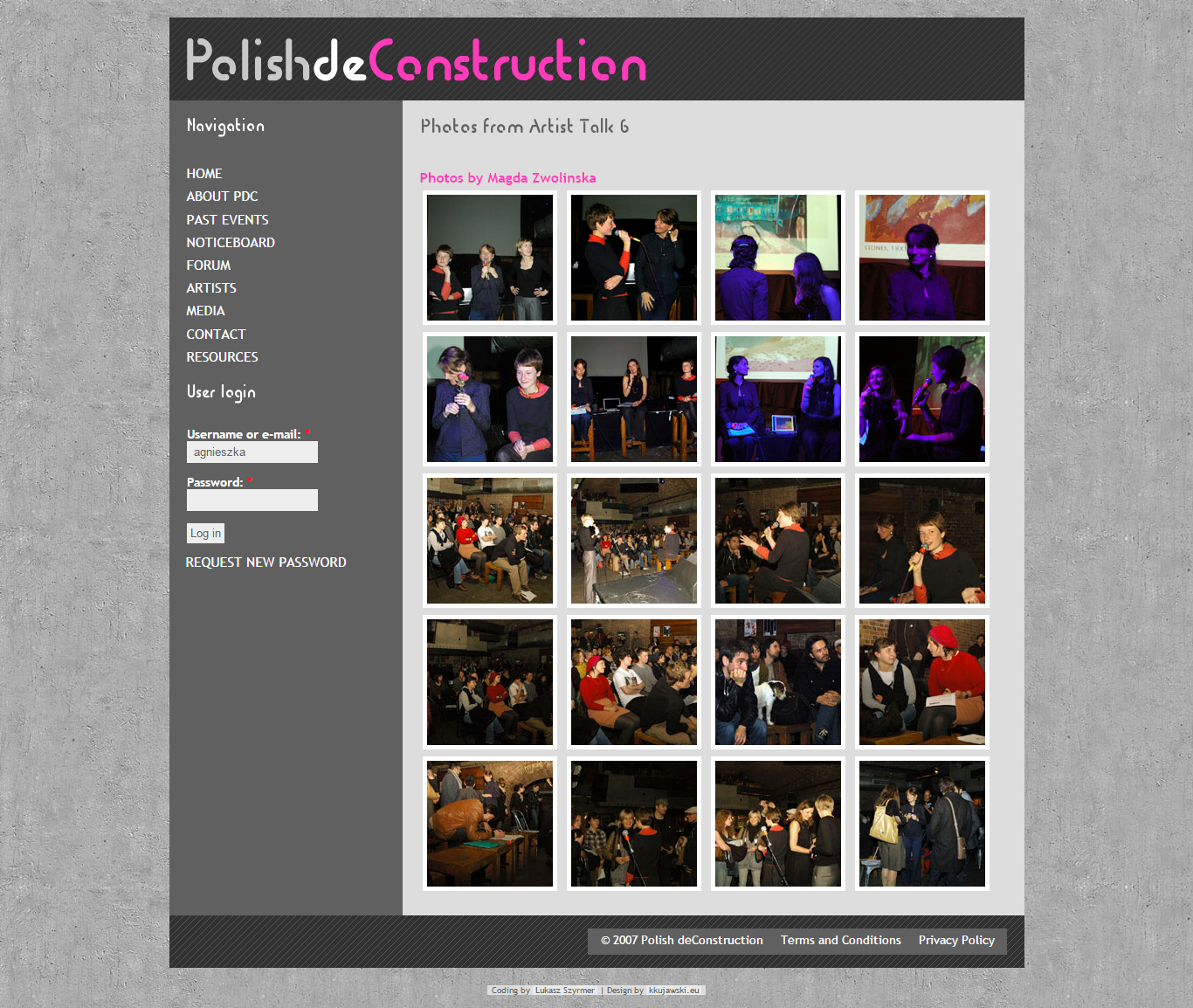 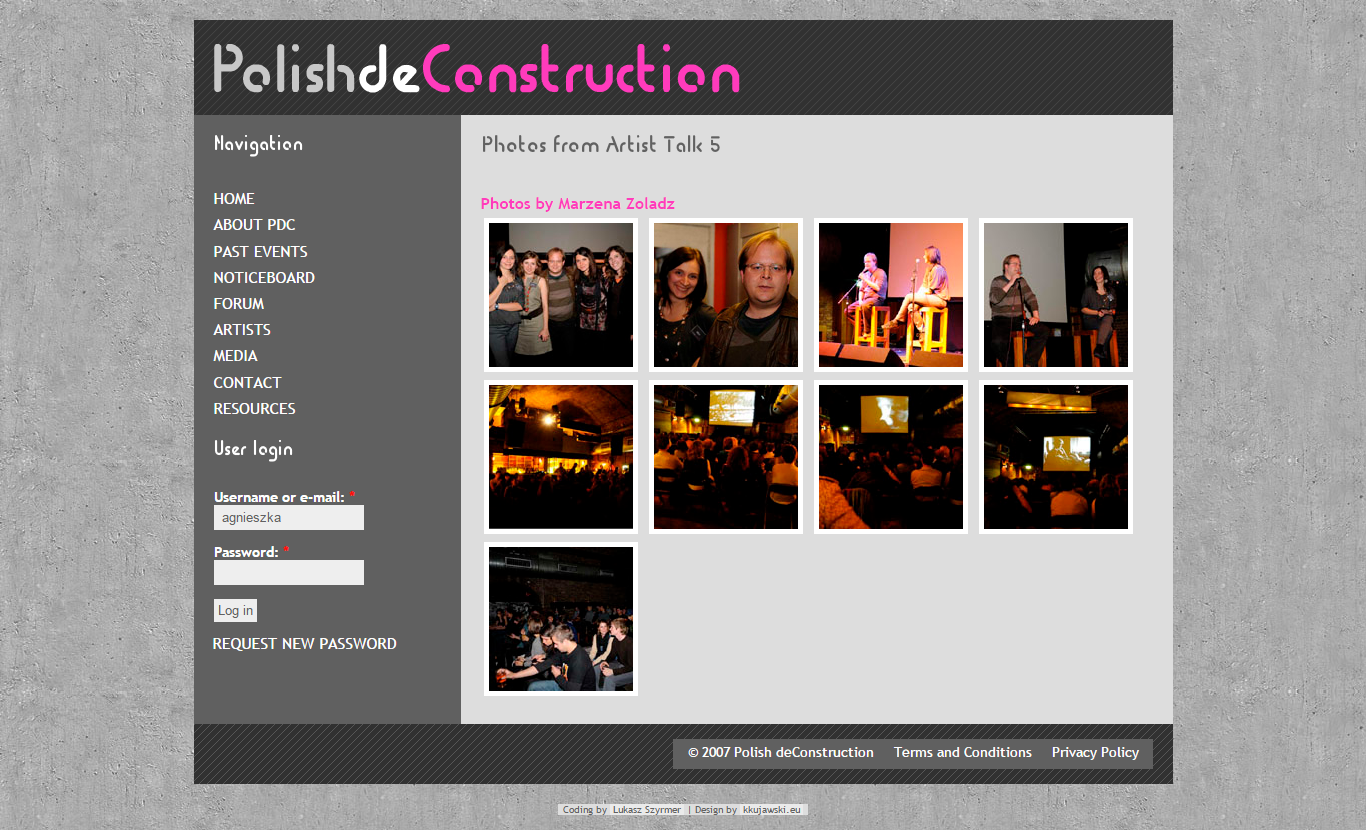 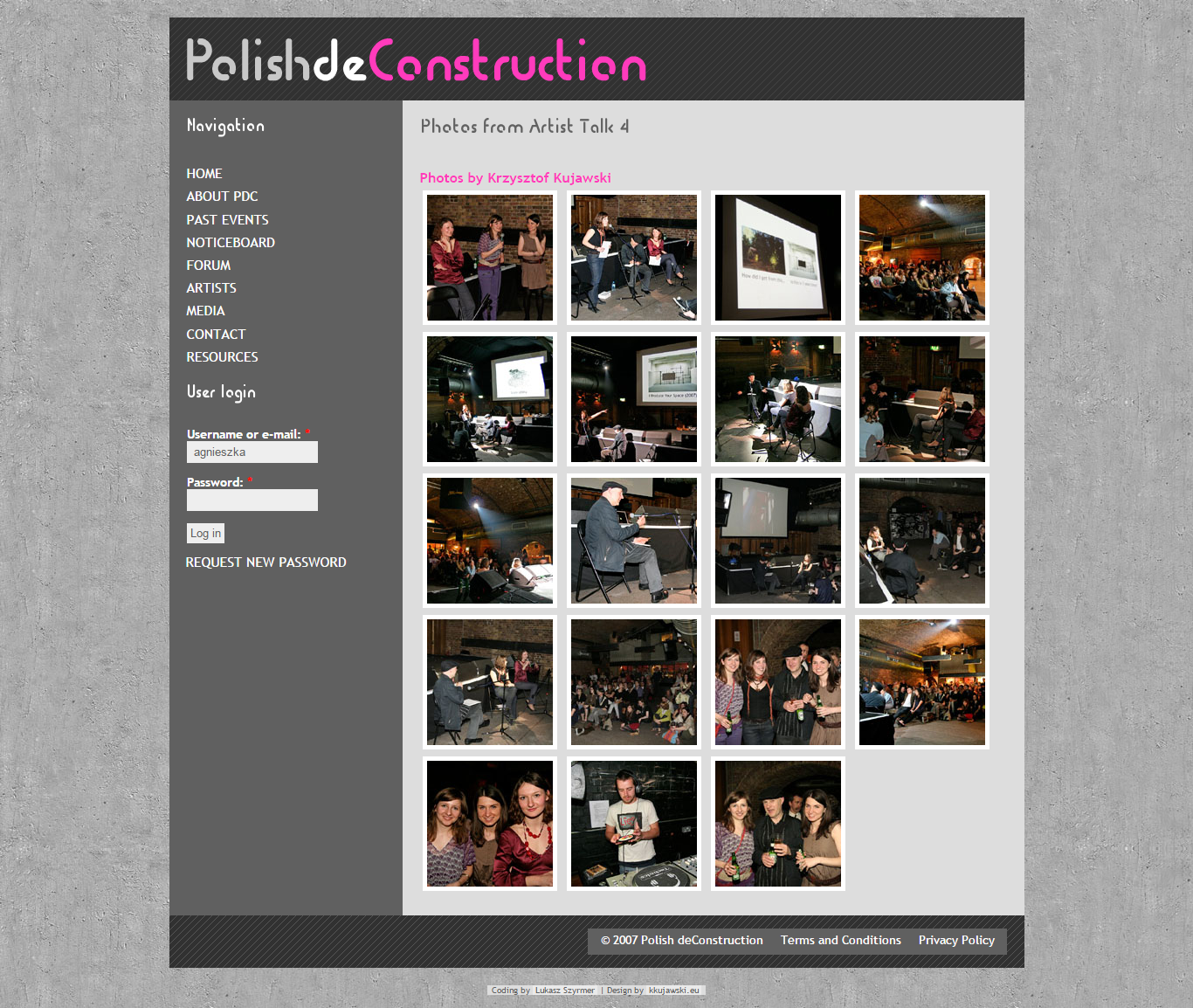 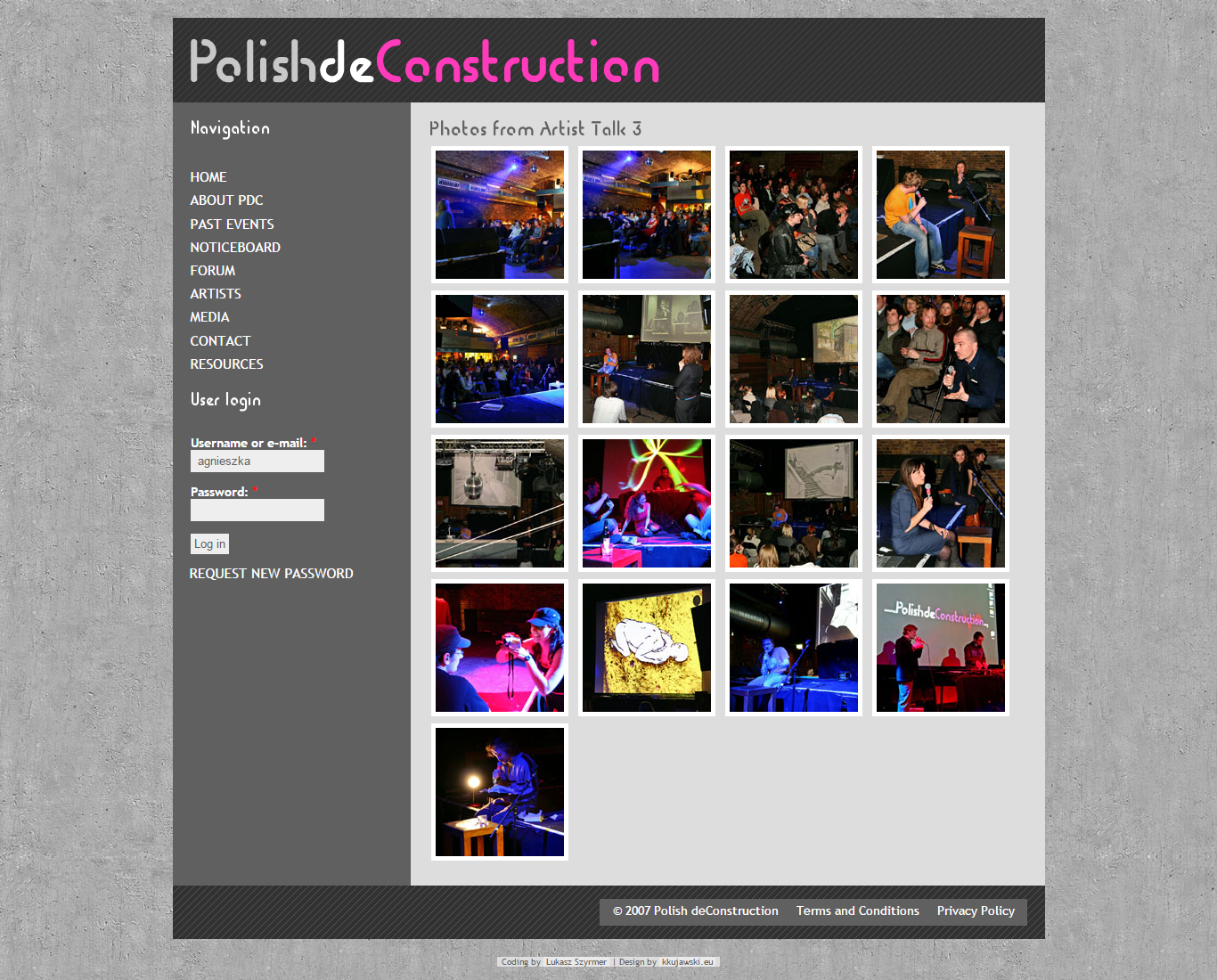 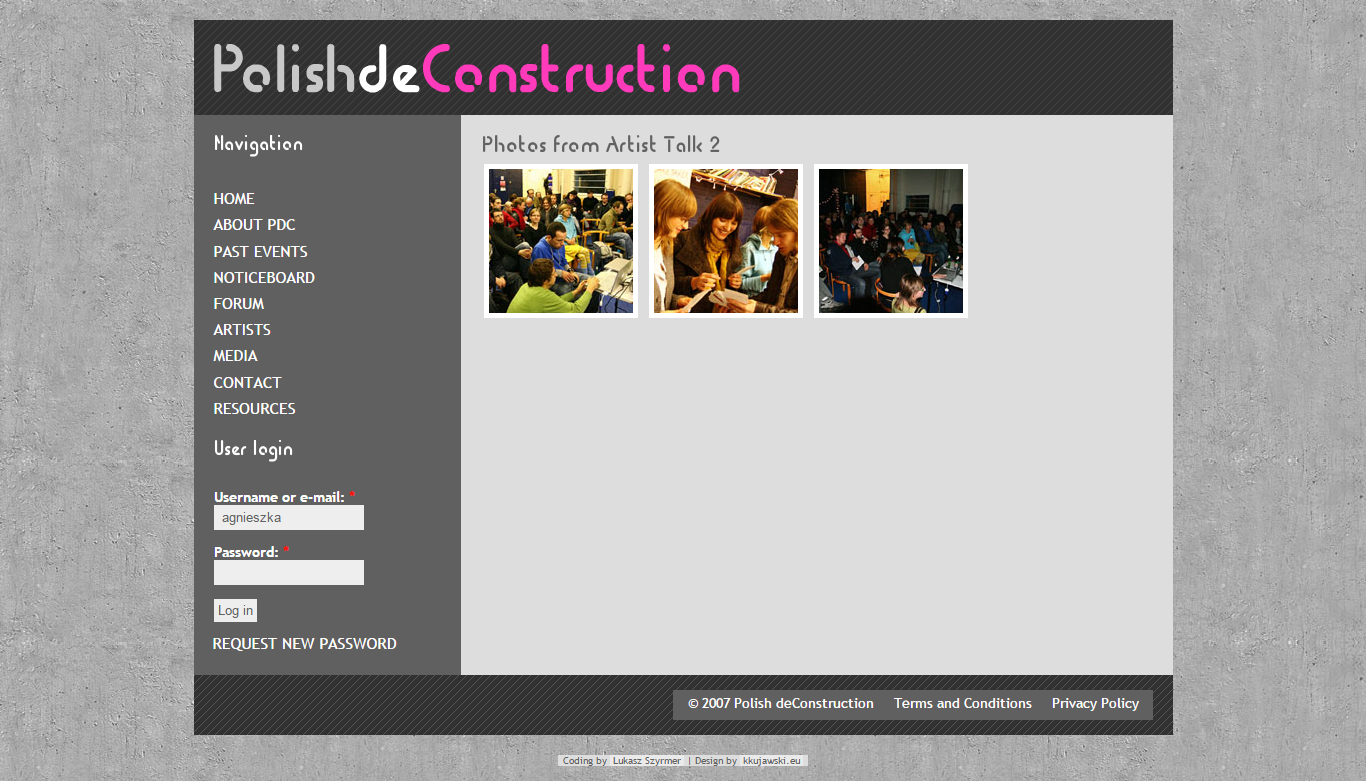 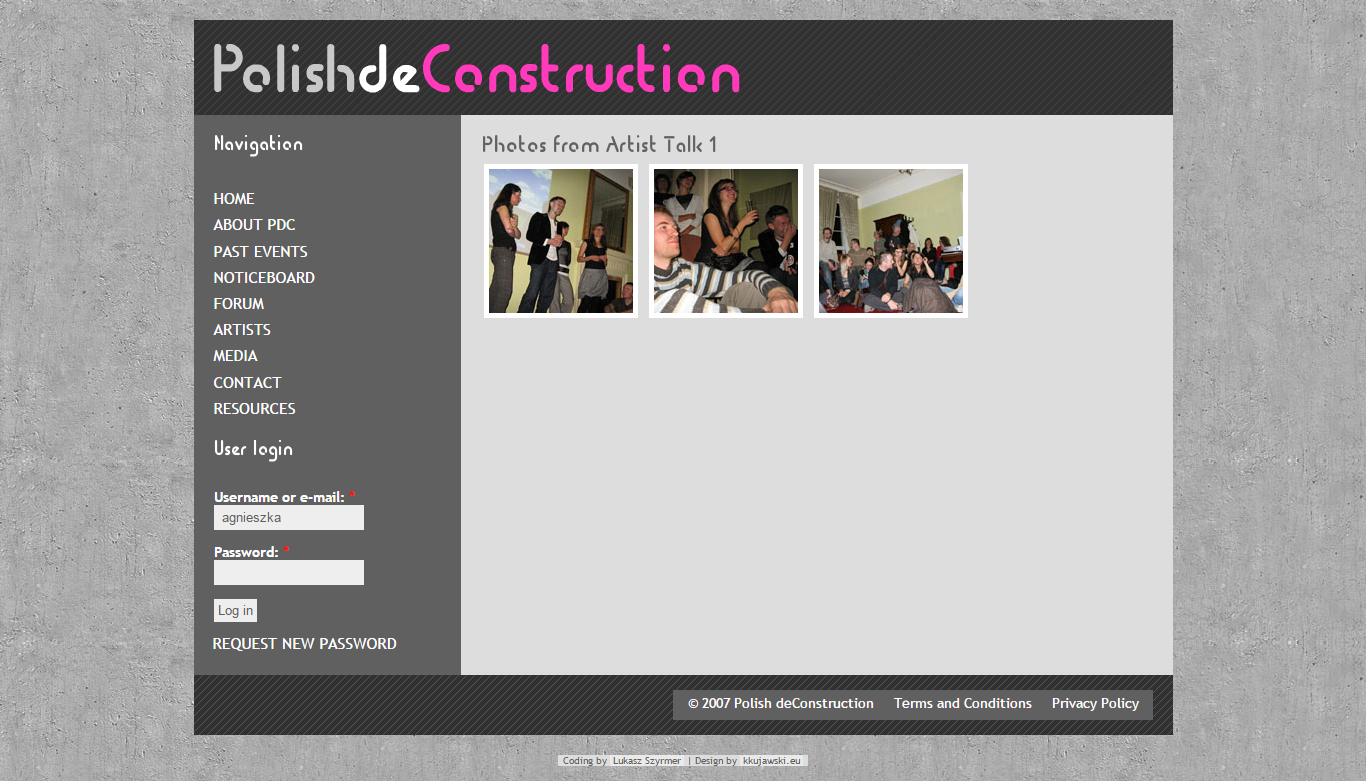